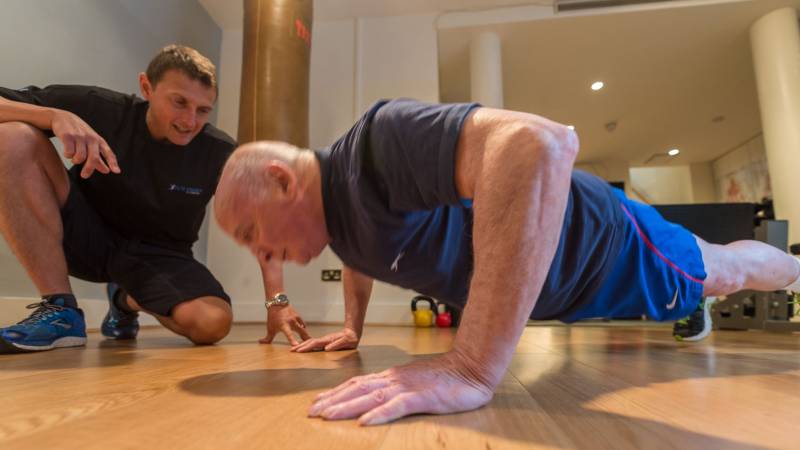 The press-up is a fundamental upper body movement for strengthening the major upper torso structures. At Pete Fraser Fitness we use them regularly to improve our clients’ upper body strength and power.

Variations: At Pete Fraser Fitness we like to challenge our clients with as much variation as possible to properly overload muscles and add a fun element to their programs.

Try these for added muscle stimulation: